Do put this date in your diary!  We hope you can join us for our first concert since COVID-19 and are keeping our fingers firmly crossed that concerts will be permissible and we look forward to playing for you.

There are two wonderful works - one you will instantly recognise, and one which is likely to be new to you.

The opening bars of Beethoven's 5th Symphony are instantly recognisable, as one of the best known compositions in classical music, adapted now to all sorts of music genres! It was written between 1804 and 1808 in Vienna, when Beethoven in his mid-30's was experiencing increasing deafness.  They were turbulent times, with Napolean's forces occupying Vienna for a time, and indeed the final movement quotes from a revolutionary song by Claude Joseph Rouget de Lisle.  The premierie of the work did not go to plan, due to a lack of rehearsal.  Players had just one session to get to know the music, and even for a great orchestra, things went wrong, to the point that Beethoven had to stop the music and start again. We have quite a number of rehearsals planned, so we hope not to suffer the same fate!

In contrast to such a well known piece, we are thrilled to be playing a real gem that rarely gets into concert schedules these days: Ethel Smyth's Serenade in D. Also known as a colourful suffragette who was imprisoned for the cause, Ethel became the foremost woman composer of her time. 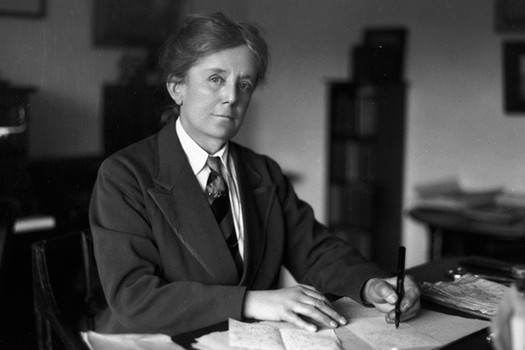 Born in 1858, she had declared by the time she was 12 that she wanted to be a composer.  Her father was not keen.  When aged 19, she announced she wanted to study composition in Leipzig, things became difficult.  In fact Ethel was determined to make things so difficult at home, that her family would have to relent.  She went on to become friends with Clara Schumann, Grieg, Brahms and Tchaikovsky, and spent time travelling alone in Italy with minimal supplies.  The Serenade in D is a significant piece of work - a major undertaking by any composer's standards.  Donald Tovey described it as a 'masterpiece' which demonstrates a conspicuous debt to Beethoven.  Her works were very popular a the time, but slipped from the concert repertoire by the time she died, aged 86 in 1944.
Tickets will be available from 1st December, with bookings before 15th January just £10 a ticket.
Tickets on the door will be £12 per person.

Sign up to our newsletter to receive a reminder when tickets go on sale.

If you'd like a listen to the pieces - head to our 'Have a Listen' page.